Mobilizing the masses, one on one

Dissecting the process of recruitment, Gabriel Nahmias seeks to lower the barriers to political engagement 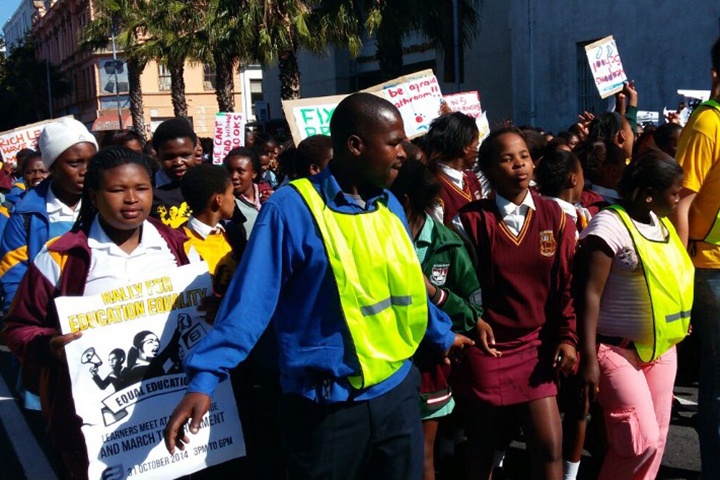 Gabriel Nahmias helped Equal Education organize the Rally for Education Equality in Cape Town in 2014 to fight for minimum health and safety conditions in schools.

Collective action can lead to fundamental change in societies, giving a voice to marginalized citizens, and creating opportunities for greater political and economic equity. But for it to work, numbers matter. So Gabriel Nahmias is asking, “How do we get more people to engage in politics, and then how do we get those who are engaged to recruit others?” For the fifth-year doctoral student in political science, this is not just a matter of academic focus but of keen personal interest as well.

As a longtime volunteer with underserved communities in the U.S. and in South Africa, Nahmias has first-hand experience with how movements succeed: “Mobilization works—face-to-face individual conversations are what matter, connecting with somebody at a personal level, listening to their story and telling yours is how you get people engaged,” he says. But while Nahmias can cite social science studies demonstrating “deep canvassing” works, he also knows from research that this form of engaging and recruiting citizens is surprisingly rare.

“The goal of organizing is to transform people’s engagement with politics, yet people are simply not doing much of this kind of organizing work,” says Nahmias. His doctoral research, supported by a five-year National Science Foundation fellowship, sets out to understand why, and to determine if any policy or structural strategies might help enlarge the circle of political engagement.

At the outset of his graduate program, Nahmias reviewed existing scholarship on mobilization and found a gap: understanding the process of organizing at the level of individual experiences. “I was looking at the types of social skills, difficult to measure, teach, or commodify, that come into play with successful organizing.”

It may come as no surprise that extroverts find this kind of activity easier than introverts. But Nahmias has also discovered that there is “a relationship between a sense of one’s own social intelligence and willingness to organize.” In one survey, he queried subjects previously identified as socially intelligent if they might be willing to perform an act of political recruitment. He informed some of these respondents that they had scored above average in interpersonal skills. Those who were told of their high scores were more likely to say they’d be willing to organize than others equally extroverted.

“I’m trying to figure out personal and experiential barriers to people doing this political behavior,” says Nahmias—all the more essential at a time when “inequality is worsening, economic power is turning into political power, and institutions for challenging this inequality such as unions are declining.”

In shaping his research plan, Nahmias drew on his considerable experience with social movement groups and communities in Africa. Prior to his arrival at MIT, he had worked for several years with Equal Education, a South African organization that mobilized working class youth to pressure institutions to improve school safety and sanitation, among other issues. Earlier he had conducted field research to learn how Rwandan nationals perceive democracy, as part of a course on post-genocide reconstruction in that nation.

As a comparative political scientist, Nahmias is looking at the organizing and recruitment process in both South Africa and the U.S. Having grown up in Atlanta in an activist household, then attending Emory University, he was keenly aware of the impacts of structural inequality in his region, and inspired to service by the late congressman John Lewis. Nahmias came to see clear links between the two nations. “They both have a liberal-democratic framework, long histories of mass mobilization and civic engagement, and deep racial divides,” he says. “These two contexts have more in common, especially in the civic space, than any other contexts in the world.”

Nahmias employs a combination of qualitative and quantitative methods. Before the pandemic, he conducted field interviews in South Africa with 41 social movement activists. After borders closed, he began running surveys in both countries, pulling in more than 12,000 respondents. In South Africa, he worked with a grassroots partner in Johannesburg to learn among other things how involvement in trade unions, churches and political parties affected the likelihood of people’s activism. In the U.S. he has sent out multiple surveys, trying to determine what factors are most likely to spark their willingness to recruit others. Nahmias is also using large data sources such as the World Value Survey to identify attitudes toward and involvement in civic and political action.

His analysis to date has already yielded novel insights. For instance, asking people to recruit others for a cause is a specific skill, distinguishable from other civic skills, and akin to missionary work. Organizing is perceived as a “feminine” task, Nahmias says, because it’s seen as “building on interactions and interpersonal,” and the work is undervalued, even if its goals are perceived as important. On a related note, the more a job is considered social, the less it’s seen as highly skilled.

“These factors come together to make organizing jobs appear low status and devalued,” he says. “Many people don’t recognize the emotional labor that goes into organizing, that the biases against organizers hurt their ability to continue and to produce social change,” Nahmias says.

Although Nahmias continues data gathering and analysis, he is already looking beyond to policy implications of his research. He believes it will be possible to expose these biases, and “actively confront them to bring more people into mobilization tasks.” He suggests it might also be useful to share his research with philanthropies funding social change organizations, and invite them to support people doing organizing work with higher salaries to shift perceptions of how important these tasks are.

His research has found its way into MIT’s ambitious “The Work of the Future” project, which looks at jobs in an age of intelligent machines. Springboarding from his master’s thesis on organized labor in a globalized world, Nahmias wrote a paper on innovations in labor activism in the face of union declines in the U.S.

Nahmias intends to pursue problems of political mobilization after MIT. He believes that “comparative political behavior, including activism and the ways people typically engage beyond voting, has become a bigger topic in the discipline.” For him, it’s both an academic and moral passion.

“If we’re going to have a world where all voices matter, and where things like income, resources, and race don’t keep people out of the conversation and boardroom, organizing is the way that happens.” 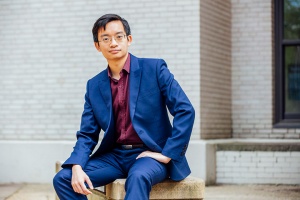 Searching for truth in data from authoritarian regimes

“Through my undergrad classes, I was introduced to many different international case studies. It helped me realize the need for action sometimes pushes people to settle for easy answers when searching for ways to improve the livelihoods of their fellow citizens.”