The Excellence in Mentoring Award recognizes sustained efforts by a senior scholar to encourage and facilitate the career of emerging political scientists in the field of Public Policy. 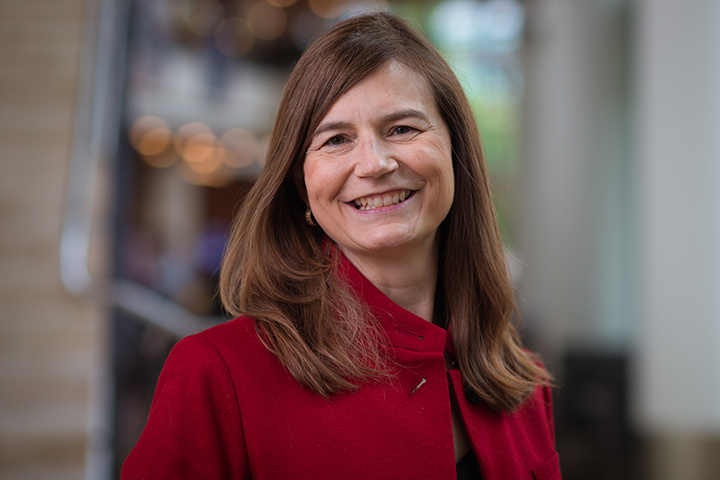 We are pleased to announce that Andrea L. Campbell was awarded the Excellence in Mentoring Award from the Public Policy section at the 2020 American Political Science Association's annual meeting.

The Excellence in Mentoring Award recognizes sustained efforts by a senior scholar to encourage and facilitate the career of emerging political scientists in the field of Public Policy.

As shared upon receiving the award, “Andrea is an exemplary and generous political scientist who lives out all the values that an award like this one is meant to celebrate.”

Andrea Louise Campbell is the Arthur and Ruth Sloan Professor of Political Science. Professor Campbell's interests include American politics, political behavior, public opinion, and political inequality, particularly their intersection with social welfare policy, health policy, and tax policy. She is the author of "Trapped in America's Safety Net: One Family's Struggle" University of Chicago Press, 2014, How Policies Make Citizens: Senior Citizen Activism and the American Welfare State (Princeton, 2003) and, with Kimberly J. Morgan, The Delegated Welfare State: Medicare, Markets, and the Governance of Social Provision (Oxford, 2011). Her research has appeared in the American Political Science Review, Political Behavior, Comparative Political Studies, Politics & Society, Studies in American Political Development, and Health Affairs, among others. She holds an AB degree from Harvard and a PhD from UC Berkeley. Her research has been funded by the National Science Foundation, Robert Wood Johnson Foundation, and Russell Sage Foundation. She is a member of the American Academy of Arts and Sciences and the National Academy of Social Insurance and served on the National Academy of Sciences Commission on the Fiscal Future of the United States.

Please join us in congratulating Professor Campbell for this well-deserved award!