The Influence of Electronic Ballots on Democracy in the Developing World 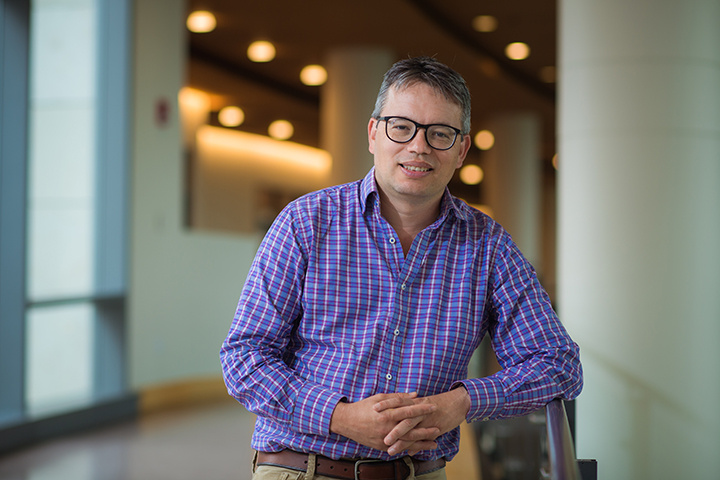 Ballot stuffing. Assassination. Revolution. The talk around the dinner table during F. Daniel Hidalgo’s formative years was unlike that of most kids. Hidalgo’s father worked in politics in Mexico before he moved his family to America when Hidalgo was four.

Hidalgo’s father had left Mexico behind, but not his interest in Mexican politics. “Mexico was changing, going from a one-party authoritarian regime to a multi-party democracy,” says Hidalgo, now an assistant professor who joined the MIT political science department in 2012. “It was a very dramatic time.”

Talk of corrupt elections, voter fraud and political upheaval captivated Hidalgo. “Stories about Mexican politics were way more interesting to me than U.S. Politics,” he says.

Later, when Hidalgo attended Princeton as an undergraduate, he studied political science. In graduate school at the University of California at Berkeley, he did research into political elections in less developed countries, mostly in Latin America.

In the United States, elections tend to be fair and accessible. Voters rights groups help get out the vote with support for the disabled and elderly and special systems that allow people to vote even if they cannot be present on voting day. In US presidential elections, Hidalgo says, the tally of invalid votes rarely tops 2 percent.

But in poor countries or in places overrun by political corruption, casting a vote that counts isn’t so easy.

During graduate school, Hidalgo looked at election fraud and inaccuracy in Brazil, specifically focusing on the influence of electronic voting on elections. Brazil was the first country to adopt nationwide electronic voting.

Hidalgo found that, before the adoption of electronic voting, when people voted with paper ballots, between 30 and 40 percent of votes in legislative elections were counted as invalid. Not only did he find a lot of fraud, but he found that the paper ballots used were inherently unreliable. Voters actually had to write the name or candidate number of their selected candidate on the ballot.

After Brazil adopted electronic voting, however, Hidalgo found that the number of invalid ballots dropped to 8 percent. “This change in voting technology enfranchised millions of people,” says Hidalgo.

Meanwhile, in the US and other developed nations, electronic voting is often looked upon with skepticism. Experts in voting technology, many of whom are MIT faculty members, worry about the security of electronic voting systems and they even have concerns about corruption in the very code that counts votes. With a purely electronic system, says Hidalgo, “you just have to take it on faith that the computer is doing what it’s supposed to be doing.”

To understand the fraud-reducing and voter enfranchising effects of electronic voting better, Hidalgo plans to continue his field research with investigations in Colombia, where paramilitary groups and drug-funded guerrilla groups use violence and intimidation to swing elections their way. He will also travel to India, where there are high rates of election-related violence. In both places, he’ll survey voters in far-flung communities to understand how fraud and coercion work and what influence voting technology might have on them. “I’m curious to see how electronic voting can help protect the votes,” he says.

Hidalgo was drawn to the MIT Political Science department because of its emphasis on fieldwork, which he is committed to in his research, and also because of its bent toward policy-relevant research. “I’m hoping my results can inform debates about electronic voting and help people to consider not just the technology but also the political and social impacts,” says Hidalgo. 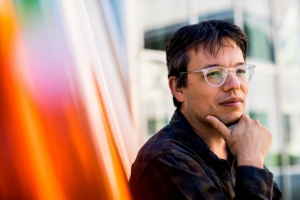 Looking under the surface of politics in Latin America

Danny Hidalgo’s research involves looking under the surface of elections and political campaigns, and probing some of their questionable elements. It turns out there’s a lot to see down there.