Where legal, voting by those in prison is rare, study shows

The findings suggest voting by incarcerated people is unlikely to affect electoral outcomes, in contrast to some assumptions. 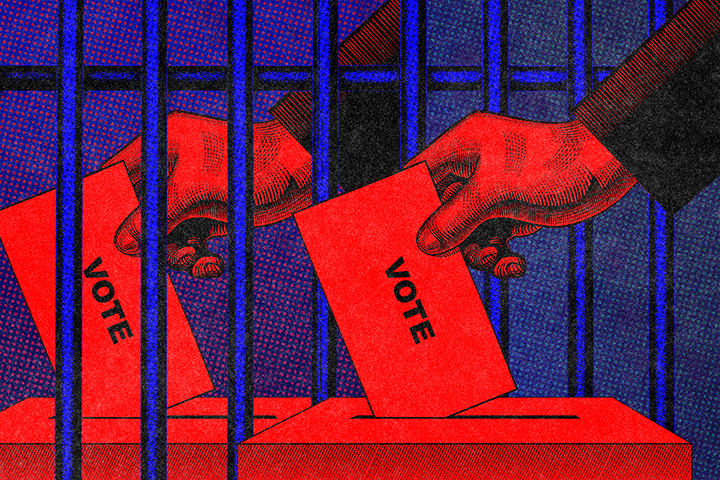 A new study by MIT scholars, “How Often Do People Vote While Incarcerated? Evidence from Maine and Vermont,” examines the two U.S. states where people can vote even while they are incarcerated.

The voting rights of people with felony convictions is a controversial issue across many U.S. states — not least because many people assume expanding those rights could significantly affect election outcomes. A study by MIT scholars of voting patterns among the imprisoned now suggests that is unlikely to be the case.

The study examines the two U.S. states — Maine and Vermont — where people can vote even while they are incarcerated, and found turnout is significantly lower than it is for the population at large. In Maine, about 6 percent of people serving felony sentences vote, and in Vermont, about 8 percent do.

“Everybody seems to think that there’s going to be this political impact and that it’s going to have an effect, but in the short term that doesn’t appear to be the case,” says MIT political scientist Ariel White, co-author of a new paper detailing the results of the study. “Absent a lot of other things happening, simply reinstating [or maintaining] the right to vote for this population of people is not likely to yield a whole bunch of new voters.”

The paper, “How Often Do People Vote While Incarcerated? Evidence from Maine and Vermont,” has been published in advance online form in the Journal of Politics. The authors are White, who is the Silverman Family Career Development Associate Professor of Political Science at MIT, and MIT senior Avery Nguyen.

Voting rights for people who were previously imprisoned has long been a controversial issue. In Florida, for instance, about 65 percent of voters supported a 2018 ballot measure restoring the right to vote for most people convicted of a felony in the past. The state legislature subsequently passed a 2019 bill restricting the ballot measure by mandating that those people pay off all outstanding fines or fees before being able to vote again, a law subsequently upheld by the courts in 2020.

In all, 17 states bar voting from prison but restore voting rights for those previously convicted, after release. And while people have studied the voting habits of the formerly incarcerated, as White notes, when it comes to those who can vote while still in prison, “We didn’t know [the data] for this particular piece of disenfranchisement. What if you never take away that right to vote? We wondered whether it was possible that never having lost the right to vote might mean that logistically that people would be more likely to vote.”

To conduct the study, White — who has extensively studied the relationship between voting rights and the legal system — and Nguyen used public records to see how many people serving felony sentences in Maine and Vermont voted in the 2018 midterm elections. Ultimately, the 6 percent of incarcerated people voting in Maine was far lower than the nearly 60 percent turnout that the governor’s race generated that year. In Vermont, the 8 percent of incarcerated people voting was also far lower than the roughly 57 percent turnout overall.

However, the voting rate for the currently incarcerated in the two states in 2018 resembled that of the formerly incarcerated in other places. Past studies have shown voter turnout rates for people previously convicted of felonies to be from 5 percent to 18 percent across a range of other states.

In short, there appears to be little difference in voting habits of currently incarcerated who have never lost their voting rights and of formerly incarcerated people. But in both cases it remains a pressing question why those convicted of crimes are less likely to participate in elections.

Even in the particular case of Maine and Vermont, White observes, “There are the challenges of figuring out how to cast a ballot by mail, how to register and get the ballot and send it in. And then there are of course the questions of whether people think … that voting is for them, whether people think anybody cares what they have to say, as it were. People have gotten a lot of messages about not necessarily being a full part of the community.”

In general, “It can be systemically very challenging to vote, even when you have the ability to do so,” says Nguyen, who began working on the project as part of MIT’s Undergraduate Research Opportunities Program (UROP).

Indeed, White believes the findings from Maine and Vermont underscore that by focusing more strictly on legislation related to rights of those convicted of crimes, public discussion of the subject may often ignore the matter of getting people to consistently go to the polls.

“One thing that’s sometimes missing from the big public conversations about felony disenfranchisement in the media,” White says, “is that there is such a gap between having a legal right to vote and knowing about that right, knowing how to exercise that right, and being convinced that it’s worthwhile to actually use that right.”

Reprinted with permission of MIT News. 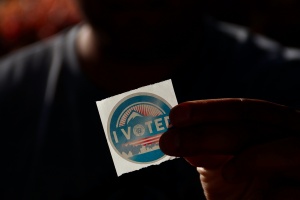 People rarely vote after being incarcerated. Associate Professor Ariel White wonders what can be done about it. 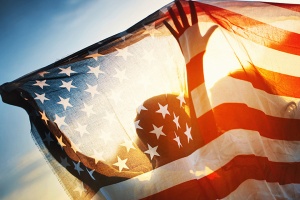 Professor Stewart shares insights on the state of U.S. elections in advance of November voting 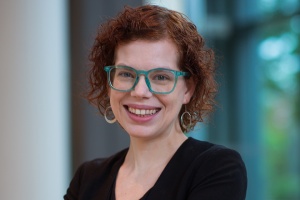 3 questions: Ariel White on voter rights and the US criminal justice system 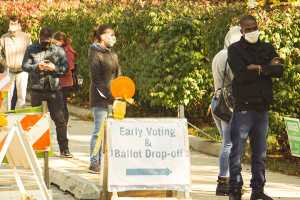 Low-wage workers, who vote infrequently, gain a participation boost when their salaries increase.