The prize, which provides financial support to women working toward a PhD in international affairs, will be applied toward her research into proxy warfare. 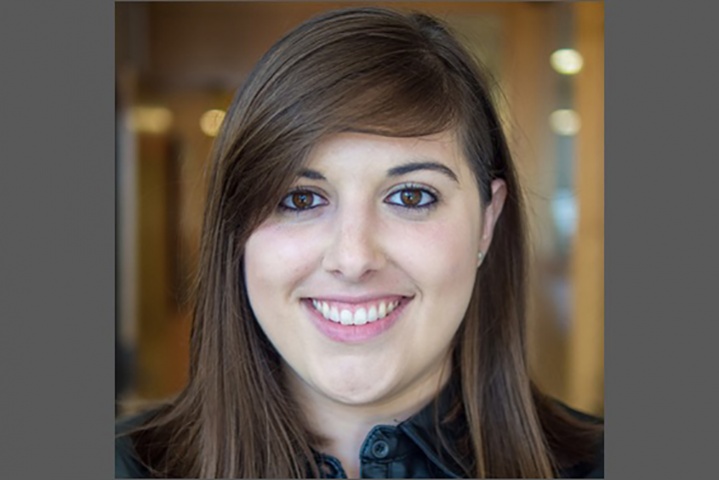 Sara Plana is a PhD candidate in the Department of Political Science. She is a student at the Security Studies Program (SSP), where her dissertation research focuses on proxy warfare. “I am truly humbled to be a recipient of the Jeanne Guillemin Prize. Jeanne was a model scholar and mentor, especially to women, and embodied the guiding ethos of SSP. I hope that my work can live up to her expectations.”

If we can better understand the causes and consequences of war, then we can contribute to its prevention. That is the guiding philosophy of faculty and students at the Security Studies Program (SSP), explains Sara Plana, a fifth-year PhD candidate in the MIT Department of Political Science.

Plana was recently named the inaugural recipient of the Jeanne Guillemin Prize at the Center for International Studies (CIS). The prize provides financial support to women studying international affairs and was endowed at CIS by the late Jeanne Guillemin, an authority on biological weapons and a senior advisor at SSP.

Plana will apply the funds toward her dissertation research into the phenomenon of proxy warfare.

The proxy war in Syria is among her case studies. This multi-sided civil conflict, which began in 2011 and is ongoing, is among the deadliest wars of the 21st century.  A 2018 report by the World Bank estimated more than 400,000 deaths, 5 million people seeking refuge abroad, and over 6 million displaced internally.

“The question of whether states can or can’t control proxy groups has important implications for international peace and security,” explains Plana. “My project illuminates when states can motivate proxies to take risks, keep them from taking actions that could escalate a conflict, or prevent them from victimizing civilians."

The human cost of war

As the daughter of Cuban immigrants, Plana grew up understanding the ways in which global politics can be personal. Her grandparents and parents fled Cuba after the ascent of the regime of Fidel Castro and ultimately settled in South Florida. Plana’s familial history is connected, if not intentionally, to her research agenda.

“My family experienced the human cost of a war, so I bring that ethos into what I do. I try to be objective and rigorous but also recognize that what I study has a very real human impact.”

Jessica Blankshain, her thesis advisor — now an assistant professor of national security affairs at the Naval War College — suggested Plana continue on with her research.

“I never thought a doctorate degree was possible,” says Plana. “But Jess and another of my faculty mentors, Stephen Rosen, really inspired me to consider it. If it weren’t for their encouragement, I would not be where I am today.” Rosen is the Beton Michael Kaneb Professor of National Security and Military Affairs at Harvard.

Plana feels incredibly fortunate to be a part of the political science department and SSP community.

“SSP is really a unique offering among political science departments. It’s saturated with both faculty and students who work on international security topics but from a variety of angles. Everyone here is seeking knowledge, doing rigorous research, and applying it to real-world problems. This ethos extends beyond SSP and is manifested in every department, lab, and center at MIT.”

Helping women in the field

Like Guillemin, Plana is committed to helping support women pursuing careers in security studies — a field traditionally dominated by men.

She and Rachel Tecott, also a fifth-year doctoral candidate in political science at SSP, launched the Future Strategy Forum (FSF), a conference series amplifying the expertise of female scholars and practitioners in international security while creating opportunities for connection.

FSF was inspired in part from earlier work by both Plana and Tecott as co-chairs of a working group, Women in International Politics and Security. Guillemin was instrumental in establishing this working group at CIS, which has proven effective in connecting women graduate students, fellows, and faculty in the greater Boston area.

“I am truly humbled to be a recipient of the Jeanne Guillemin Prize. Jeanne was a model scholar and mentor, especially to women, and embodied the guiding ethos of SSP. I hope that my work can live up to her expectations." 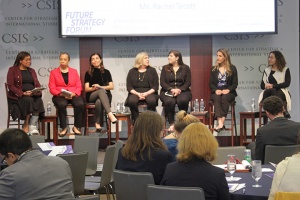 A forum for female voices in international security

Graduate students launch an initiative to advance women in the field