A bottom-up view of the state 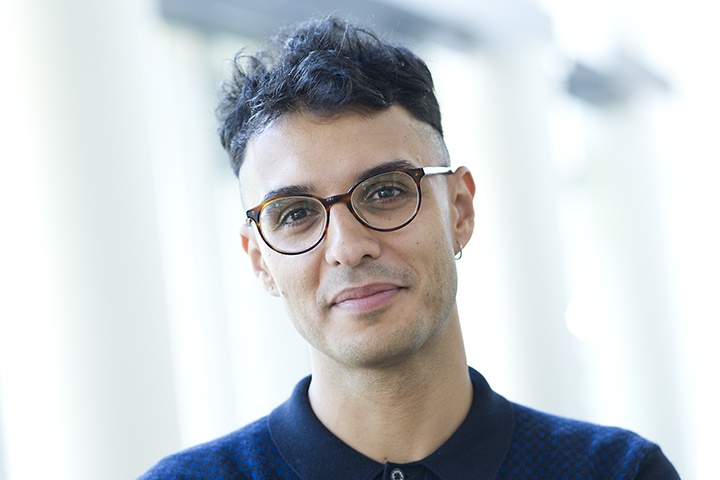 An endless wait in a crowded room. The official's impassive expression handling a client in need...

"These are episodes where you feel powerless, where the authority you're dealing with doesn't appear to be a person," he says. "One's impression is dealing with the rule of nobody. But even then of course, you are still dealing with someone."

What is it like to be that person, on the other side of the counter? And what are the moral and political challenges that one encounters when performing such a role?

To find out, Zacka chose to immerse himself in the world of bureaucrats. For his doctoral research exploring the everyday moral lives of workers at an antipoverty agency, Zacka did not just observe and report. He joined as a participant, working as a receptionist at the agency over a period of eight months.

"This was an unusual step, a bit of a methodological oddity for a political theorist," Zacka admits.

His ethnographic approach to the subject, as well as an analysis that ranged across the fields of political philosophy, sociology and anthropology, resulted in an award-winning thesis in the Department of Government at Harvard University. From his doctoral work he also fashioned a book, “When the State Meets the Street: Public Service and Moral Agency,” published in 2017 by Harvard University Press, which received the 2018 Charles Taylor Book Award from the American Political Science Association.

Zacka's research aimed to reveal how the state interacts with its citizens—not on a theoretical basis, but at the most prosaic, everyday level, where representatives of a state institution deal with clients whose needs are real and pressing.

"I wanted to understand not just how the organization functions, but how the employees went about being responsible, sensible moral agents, performing the roles they were entrusted with," he says.

To accomplish this, Zacka detailed encounters between his colleagues at a quasi-public agency in a northeastern U.S. city and clients seeking help with such services as housing, heating, food, and healthcare. He witnessed workers trying to meet the needs of clients in situations where government funds were short, or programs curtailed.

"These workers, who are often vilified, act in conditions where it is difficult to do the right thing, or to even figure out what that is, either because resources are limited, or because of conflicting demands placed on them," he says.

Front-line bureaucrats, Zacka continues, "often start out with good intentions--caring for clients, but caring so much they can't contend with the inevitable failures.” The effort of sustaining a public service ethos results either in burnout or in coping strategies that simplify the moral landscape, but that are troubling in their own right.

While some critics of public service bureaucracies zero in on waste and fixate on managerial solutions, Zacka points instead to the moral complexities faced by frontline workers, stuck in untenable situations with little institutional support.

Everyday encounters with the state

Zacka's interest in the nitty gritty ways a state interacts with its citizens dates back to Lebanon's civil war, which in the 1980s shattered civil life in that nation and led to displacement for his family and many others. While he does not remember the war itself, living in its aftermath "generated all sorts of puzzles," he says, such as, "what makes for a stable society, and how does one evaluate the comparative advantages of political systems?"

He read voraciously about history and politics, and excelled at math and sciences. At a career orientation in high school, he learned about MIT and its research opportunities for undergraduates. Excited by this prospect, he applied and pursued a major in electrical engineering and computer science, with a special concentration in artificial intelligence.

But Zacka's perspective shifted after taking humanities classes such as Justice (17.01/24.04). "I came to think that maybe I was more curious about how power operates, how we justify our actions to one another, than continuing in AI," he says.

A two-year stint consulting with McKinsey & Company after graduation gave him an understanding of the workings of organizations. "I learned how incentives are set, and rules decided on," he says. "I became interested in organizational theory, which proved a useful angle to bring to the study of the state."

Eager to return to his long-standing preoccupation with political institutions, he entered graduate school at Harvard. There he found that most of his readings about the rule of law and the structure of democracies operated at a level of abstraction quite distant from our ordinary experiences of political institutions.

"Interactions like crossing a checkpoint, or meeting a border agent were missing from the books I read, and I was puzzled by that," he says. "So I asked a simple question: What would happen if we paid closer attention to the phenomenology of everyday encounters with the state?"

Today, as the sole political theorist in the Department of Political Science, Zacka continues to explore this question, staking out a novel place for himself in the field with his bottom-up, interdisciplinary research methodology. His next book project, involving the architecture of welfare agencies, uses photographs, films and novels to look at how physical environments mediate interactions with the state.

MIT undergraduates might get a taste of his approach. He is teaching Justice, one of the courses that helped set him on his current path in political science. "I'm applying my own twist, broadening the materials students are exposed to, introducing different traditions of political thought," he says. "There aren't too many people at MIT who specialize in teaching moral and political theory, and it's a privilege to help shape these areas at the Institute."